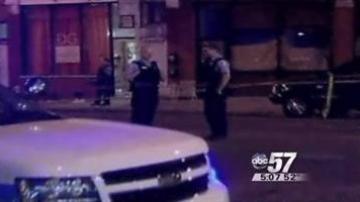 CHICAGO, Ill. -- Authorities in Chicago are pushing to stop violence in the city.

This comes on the heels of a bloody Memorial Day weekend. Forty-one people were hurt in shootings, 10 died.

The most violent stretch happened early Sunday when 13 people were shot in an hour and a half. The weekend's youngest victim was an innocent 7-year-old girl. She was shot in the arm.

The mayor says it has to stop.

“There's a set of economic reasons we're not even talking about,” said Mayor Rahm Emanuel. “There's a set of cultural issues that also feed into this and when I say that at a certain point a community gets, I don't want to say, almost immune where there should be more outrage by a community.”