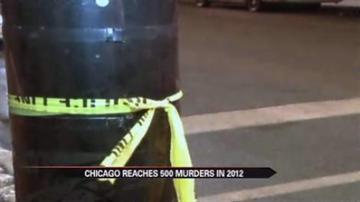 CHICAGO — It has been a bloody year in Chicago with 500 people killed.

A 40-year-old man was shot in the head outside a convenience store on the city's west side.

It is Chicago's deadliest year since 2008.