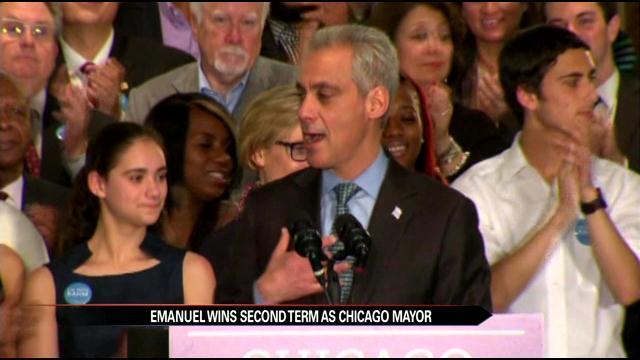 Chicago Mayor Rahm Emanuel is getting a second term in office after a heated mayoral runoff election with challenger Jesus "Chuy" Garcia.

Emanuel picked up about 55% of the votes compared to Garcia's 44%.

The Mayor greeted his supporters Tuesday night, thanking them for a "second term and a second chance."

Garcia said while the votes may not have been there, the middle class voices were heard.

He told supporters the story of how he came to Chicago from Mexico 50 years ago.

He said the vote totals send a message that many Chicagoans feel that City Hall has neglected them for too long.