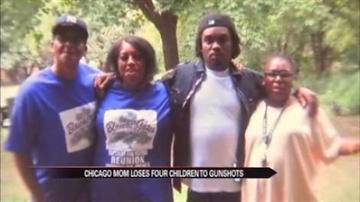 CHICAGO -- A Chicago mother is facing that heart-breaking anguish as her last surviving child was killed in a deadly shooting over the weekend.

This is the fourth time she has lost a child to gun violence. Her son, 34-year-old Ronnie Chambers, died on Saturday after police said he was shot as he sat in a parked car.

Ronnie was her only surviving son, and the last of her children to die of gun shots.

Investigators are still working the case. So far, no arrests have been made.