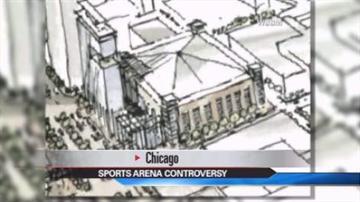 CHICAGO — More than 50 Chicago schools shut their doors for good due to budget cuts, but the city's new plans are not making taxpayers happy.

The city says it's ready to fork over the funds to build a new downtown sports arena to the tune of $33 million. The arena would host the DePaul University basketball programs.

The decision is upsetting parents and teachers.

"The mayor has control of the schools and he seems to want to destroy the schools, as opposed to build them," said Chicago Teachers Union president Karen Lewis. "It's a matter of priorities and these seem to be very, very misguided."

DePaul would pay $25,000 in rent for each game played in the arena. The university would also split the $140 million price tag for construction and design costs.

The deal still needs to be approved by city council.