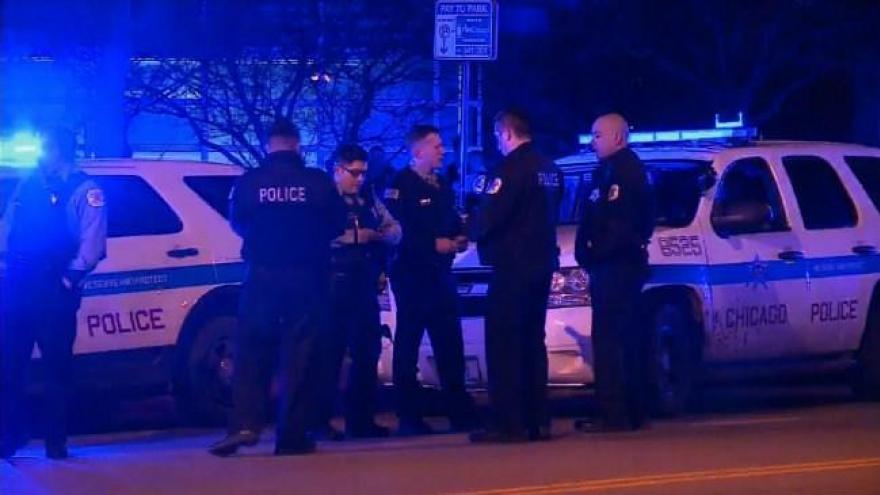 (CNN) -- Reinforcements are coming to a violent Chicago.

As a major part of a plan to combat crime -- including the city's worst homicide rate in decades -- the police department said it will be adding nearly 1,000 positions to ranks.

The hires, which will take place over two years, will include more than 500 new patrol officers and 92 field training officers to help train the new recruits, Superintendent Eddie Johnson told reporters Wednesday.

There will also be promotions for existing officers, with 200 new detectives, 112 new sergeants and 50 new lieutenants, he said.

Johnson said the major hiring boost comes after a meeting a few months ago with Mayor Rahm Emanuel, who helped Johnson build a plan to improve the department's strength.

"Let me tell you, people -- the mayor delivered for us," Johnson said

End all, be all? Unlikely

Neither Johnson nor the Rev. Michael Pfleger -- a priest known for his voluminous criticism of Chicago's violence, unemployment, underperforming schools, gun proliferation and lack of economic development -- believe the hires represent a panacea for the city's crime.

"The violence in Chicago is not a police-driven problem, and it's not just for the police to resolve," Johnson said Wednesday. "We need the police, the community, elected officials, clergy -- everybody has a vested interest in resolving the crime issue in Chicago."

Johnson said he is already seeing some positive changes.

"Listen, we didn't lose trust overnight. We didn't, so we're not going to gain it back overnight. But I think some of the things that we're doing in the last few months have shown the people of Chicago we are trying to be transparent and we are trying to get their trust back."

Pfleger, likewise, told CNN affiliate WLS that much remains to be done.

"We can't police our way out of this. If we don't also put the same kind of commitment to jobs, to economic development, housing, to good schools then, you know, we're going to find ourselves with the same problem we have right now," he said.

On path to 700 homicides

The Windy City's roughly 12,500 police officers have had a brutal year. Weeks ago the city's homicide toll for the year topped 491, the total for all of 2015. It now stands at more than 500 and is on track to reach a staggering 700 homicides before year's end.

Not even children are safe, as hundreds under 18 are among the city's more than 3,000 shooting victims. It's a level of violence the city hasn't seen in almost 20 years.

Also casting a pall over the Chicago Police Department is Officer Jason Van Dyke's trial, slated to begin later this year. The officer has pleaded not guilty to six counts of first-degree murder in the 2014 death of Laquan McDonald, a shooting that sowed an already-fertile mistrust between police and Chicagoans.

Massive protests erupted this year when the department released dash-cam video of McDonald being shot as he walked away from police officers.

Johnson has moved to fire Van Dyke and four other officers accused of giving false statements during a probe into the 17-year-old's death.

Mayor Emanuel, who is expected to address police and violence Thursday, fired Johnson's predecessor, Garry McCarthy, following the McDonald protests, and the agency that investigates police shootings faces an overhaul.

Another officer, Marco Proano, faces a federal civil rights violation charge, handed down by a grand jury last week, for shooting into a car full of teenagers in 2013. The teens and city already settled the case for $360,000.

In the past couple of months, the department has drawn a host of negative headlines: The family of Paul O'Neal filed a federal lawsuit alleging wrongful death in the July fatal shooting of the 18-year-old; Nykea Aldridge, the cousin of NBA star Dwyane Wade, was shot in the head while on her way to register her children at a South Side school; and the department issued an apology to rapper Rhymefest after he posted video of officers "disgustingly" dismissing him as he tried to report a robbery.

In fairness, Chicago police have garnered positive recent headlines as well. Last week, Sgt. Bryan Topczewski was dubbed a hero and a boy's "guardian angel" for his quick response to a shooting scene where 10-year-old Tavon Tanner had been hit by a stray bullet. Topczewski stanched the blood flowing from the wound next to the youngster's spine and was credited with saving Tavon's life.

Topczewski later said he was leaving a homicide scene when he got the call. It was at least the fourth shooting that day, he said.