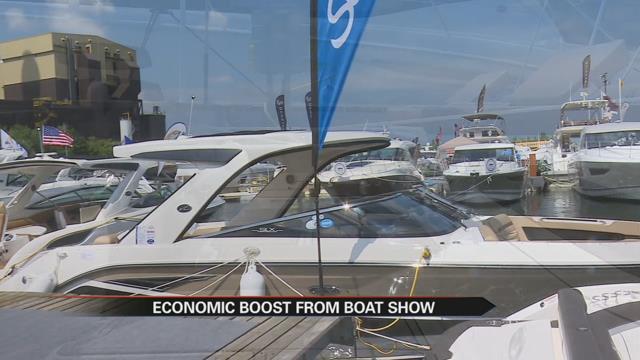 Thousands of people will be sailing into Michigan City this weekend for the 37th annual Chicagoland In-Water Boat show.

That huge influx of people brings a big boost to the local economy.

Some officials said it brings more than just some money to the city.

The show brings thousands of people from all over the region. They come to look at the latest models, but some stay and invest.

A 2013 economic impact study done by Certec, Inc showed the event had just under a million dollar impact on the community, and that number has only grown in the past few years. On display are the latest models of boats and other watercraft that people can check out, test out, and buy. The cost alone is pretty steep, but Mayor Ron Meer says many people make a weekend out of the trip and fall in love.

“Many times it is an opportunity for someone to say, you know I wouldn’t mind visiting Michigan City again, I wouldn’t mind getting a summer home there, or maybe even making there permanent residence here. But even maybe more importantly, on several occasions in the last few  years, someone has decided to open a business and invest in our city.”

The boat show is in Washington Park Marina and lasts until Sunday at 6 p-m.