Chief Boykins rescinds his resignation only to be demoted 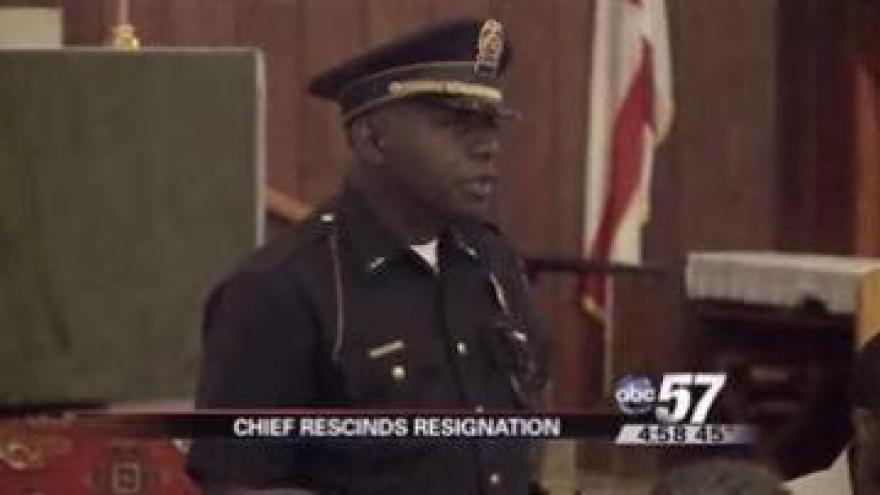 Boykins was forced to resign by Mayor Pete Buttigieg on Thursday.

On Friday, Boykins met with supporters and sent the mayor a letter taking back his resignation, even though a new chief has already been sworn in.

Boykins rescinded his resignation after Mayor Pete Buttigieg held a news conference. In it, Buttigieg said the decision to replace Boykins didn't come easy and was the result of information he got from a federal investigation.

Sources close to the Police Department said the investigation was over recordings made between a police detective and a metro homicide investigator.

The mayor claimed he had not heard those recordings.

At about 4:45 p.m., we received a press release from the mayor's office saying that Buttigieg relieved Boykins of his duties following the rescindment.

Chief Boykins will be demoted to the rank of Captain within the South Bend Police Department.

This action takes effect at 5 p.m.