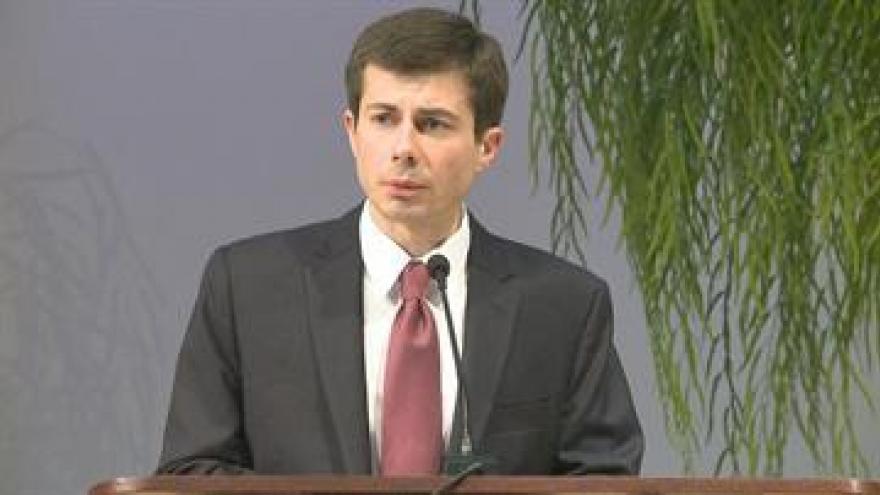 Boykins was removed from his position as chief in March as a result of a federal investigation into the recording of phone calls within the police department.  Sources have told ABC57 that the recordings include a Metro Homicide investigator talking with a South Bend detective and allegedly using several racial slurs about Chief Boykins.

Buttigieg, who has been tight lipped about the situation, addressed the issue in his speech.

“I made the choice I felt was best for the city. I knew it would be difficult, that it would potentially be unpopular, and likely misunderstood,” Buttigieg said in his speech.  “I will listen closely to the concerns of the community as we identify permanent leadership and I know we will come out of this process with a stronger, more community oriented and more effectively managed police force than ever.”

If the issue has been misunderstood, the Mayor didn’t make anything more understandable when he spoke to the press after the speech.

“While I believe in transparency, there are some questions I can’t answer without improperly disclosing confidential information,” Buttigieg explained.  “It drives me nuts just like it drives a lot of other people nuts.”

A group of community activists who attended Wednesday night’s speech said they believed Buttigieg has violated his campaign promise to be transparent by not giving out more information about the removal of Boykins.

“His platform was based on being fair and what we’ve seen is just a slap in the face to the community, he has not been transparent,” described community activist Mario Sims.  “It’s hard to justify, when he speaks of fairness and trust and interest and concern for public safety, when police officers tell us that the contents of those tapes are extremely vile and extremely racist.”

Buttigieg was adamant that he was giving out as much information as he could.

“For what it’s worth, I would be better off if I were able to share a little bit more,” Buttigieg explained.  “But, I remain concerned about potential legal action and so I remain seriously constrained about what I can say about all this.”

The mayor said his current focus is finding a permanent replacement for Boykins and allowing the police department to move forward in the wake of the controversy.