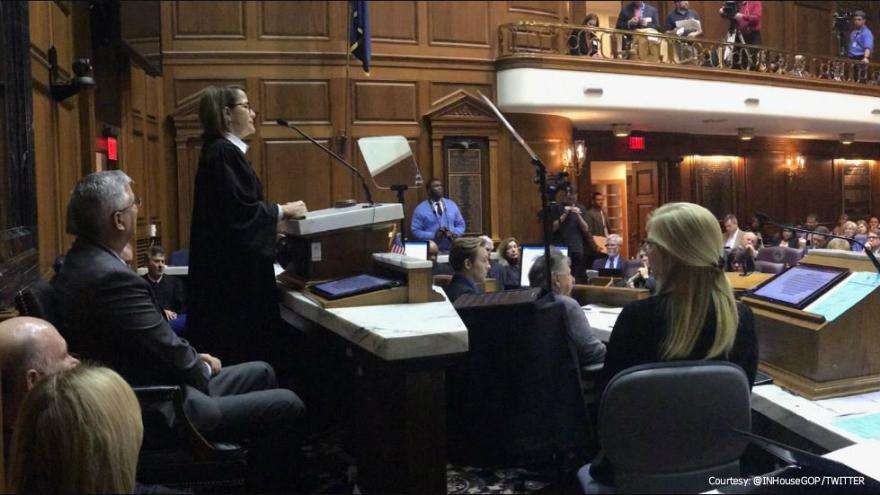 INDIANAPOLIS, Ind.– The drug epidemic and how it can be tackled was one of the many topics brought up at the annual State of the Judiciary Address on Wednesday.

The address was presented by Honorary Chief Justice of the Indiana Supreme Court, Loretta Rush.

“What can we do about this crisis? I have only one answer: together, we must do everything. This is a situation where well-reasoned, evidence-based judicial interventions can get people to treatment, give consequences, cut the supply, support families, and save lives." said Chief Justice of Indiana Supreme Court, Loretta Rush said in her address.

Her speech also touched on topics like the expansion of court technology, the increase in training of officers, and the success of adoption in Indiana.