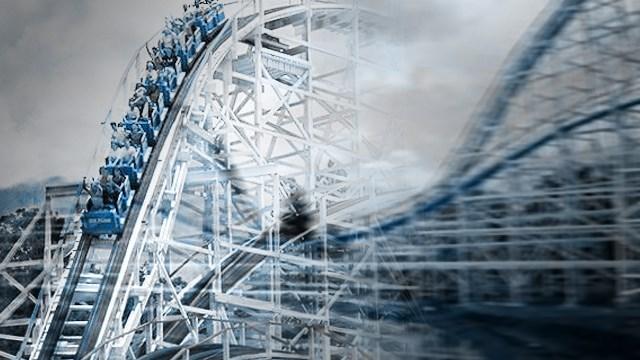 (CNN) -- The nation saw its fourth amusement park accident in five days when a child apparently fell out of roller coaster in Pennsylvania on Thursday, a local official told CNN.

Details were sketchy about the child and the injuries he or she received at Idlewild and SoakZone in Ligonier around 1 p.m.

In the other recent accidents around the country, one child has been killed, another suffered a brain injury and at least two others were hospitalized.

Idlewild and SoakZone spokesman Jeff Croushore provided few details regarding the accident, but he said it happened on the Rollo Coaster, an old-style wooden ride, about midway to the finish, CNN-affiliate WTAE reported.

The roller coaster, which was built in 1938, does not include seat belts and has a height requirement of 36 inches; riders under 48 inches must be accompanied by an adult, according to the park's website.

The roller coaster was inspected August 6 and passed, according to the Pennsylvania Department of Agriculture, which oversees the state's 10,200 amusement rides.

The department is now investigating the accident, and it will re-examine the inspection history, said Logan D. Hall, spokesman for the department.

The Rollo Coaster will be closed pending the results of the investigation, Croushore said.

The Pennsylvania amusement ride accident comes after several others across the nation.

A 10-year-old boy died on a water slide at the Schlitterbahn Water Park in Kansas City, Kansas, on Sunday. Two riders were injured when a launch cable detached at Cedar Point in Sandusky, Ohio, that same day.

Three children fell from a Ferris wheel at a Tennessee county fair on Monday, critically injuring two of them. On Thursday, a 6-year-old girl remained in critical condition with a brain injury and a 16-year-old girl had been upgraded to stable condition.

The ages and conditions of the victims in the Ohio accident were not immediately released.

The Kansas City accident, which killed the son of a state legislator, remains under investigation with few details released.

Authorities in Greene County, Tennessee, cited a mechanical flaw for causing the Ferris wheel gondola to tip and spill the girls out at the county fair.

There are an average 4,423 injuries in amusement parks each year and 20 injuries daily from May through September, the parks' busiest time, according to data from a study by the Nationwide Children's Hospital in Columbus, Ohio.

Data showed that even mall rides could be dangerous.

"Many of the injuries on these rides are over hard floors, and children are falling on a hard floor and are ending up with head injuries," said Tracy Mehan, lead researcher on the study.

The 2013 study used Consumer Product Safety Commission information on youngsters who were taken to emergency rooms for amusement ride injuries over 20 years.

The injuries ranged from head and neck problems to injuries to the face, arms and legs. Soft-tissue injuries -- damage to ligaments, muscles and tendons -- were the most common.

Injuries considered serious made up a small percentage.

What steps can parents take to keep children safe

The study authors noted that parents can help keep children safe by following a few guidelines:

• Always use safety equipment such as seat belts and safety bars.

• Make sure children keep hands and feet inside the ride at all times.

• Know your child. If you don't think he/she will be able to follow the rules, keep him/her off the ride.

• Trust your instincts. If you are worried about the safety of the ride, choose a different activity.

• Avoid "mall rides" if they are over a hard surface or if they don't have a child restraint such as a seat belt.