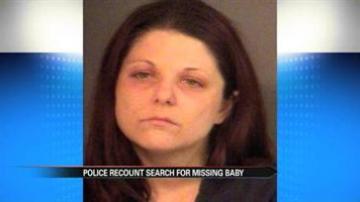 SOUTH BEND, Ind. -- South Bend Police say they spent four hours searching for a missing 9-month-old Sunday. The infant's mother couldn't remember who she gave her child to and police were worried for her safety. After a whirlwind investigation, the baby was finally located safe and unharmed.

"Very obviously a completely helpless victim. We had a missing person out there that had absolutely no way they could have possibly decided or make a decision for themselves let alone help themselves," said Captain Phil Trent of the South Bend Police Department.

After hours of investigating and piecing together tips, South Bend Police uncovered an address in Elkhart.

"It took about 3.5 maybe 4 hours until we were successful at locating the child. Again as we know--safe and sound. But it was a very frantic 3.5 hours of investigating and it had nothing to do with building a case because it was just recovering a missing person," said Trent.

The baby is now with the Department of Child Services and they will take over the investigation.

Cooper declined to speak with us about the ordeal.

"Timeline is very, very distorted. Associates not an exhaustive list of everybody she probably encountered in that time frame," said Trent.

Heather's public Facebook page shows countless posts of her little girl. She clearly was a proud mother in the realm of social media.

The Department of Child Services will determine when Heather will get her daughter back and will investigate how the two got separated in the first place.