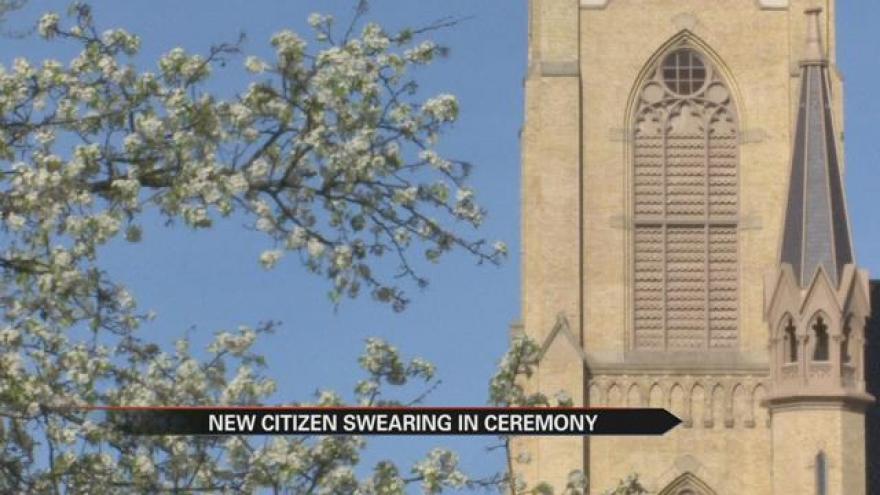 Local leaders and community members will participate in a special ceremony today. More than 100 immigrants will be sworn in as American citizens.

Many students from La Casa De Amistad’s citizenship class will take their oath.

The course is 8 to 10 weeks long and prepares immigrants to become an American citizen by taking a civics exam, answering personal questions and learning to speak English if they haven’t learned already.

“Even though people think immigrants don’t want to assimilate, they want to be able to blend their culture in with American culture,” said Sam Centellas, Executive Director of La Casa de Amistad.

During the ceremony, South Bend Mayor Pete Buttigieg will give the keynote address and we will also hear remarks from Centellas, representatives of the community’s elected officials and Notre Dame staff from the Institute for Latino Studies.

This semester was record breaking for the center. More than 120 students signed up for the course, which is double their average class size.

“We call it the Trump effect because more and more people who have been waiting and thinking oh well I’ll do it next year or I’ll do it in 5 more years are now like I need to do this now,” Centellas said.

The Naturalization Ceremony will take place at 11:30 AM at Washington Hall on Notre Dame’s Campus.