City celebrates Studebaker on anniversary of its closing 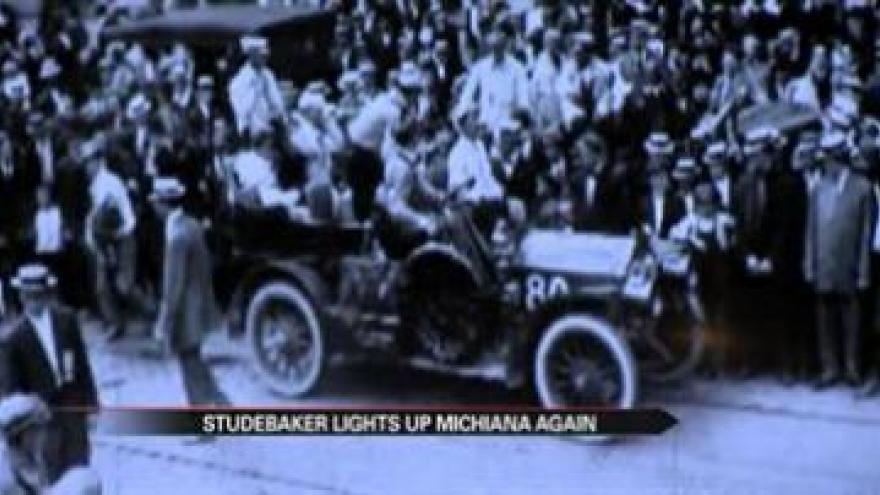 SOUTH BEND, Ind. -- Even though 7,000 people lost their jobs when Studebaker shut down operations in South Bend, the city is using the anniversary as a way to look forward and celebrate.

After 50 years of darkness, the Studebaker building in downtown South Bend is lit up again, along with 15 other points of interest around the city.

Kevin Smith is trying to make South Bend a business leader and innovator, once again.

"So what we did was symbolically relight the city with points of innovation throughout the city, highlighted everybody's innovation so we could bring the community together," says Smith.

For over a century, South Bend was at the forefront of automotive technology and design, all thanks to the Studebaker company.

Like General Motors is to Detroit today, Studebaker was to South Bend back in the late 1800s and early 1900s.

But because of two world wars and the depression, the company closed it's doors on December 20, 1963.

"I took it upon myself to take that negative icon and transform it into an inspirational icon for everybody to use," says Smith.

Construction is already underway and the public will be able to see noticable changes starting this summer.