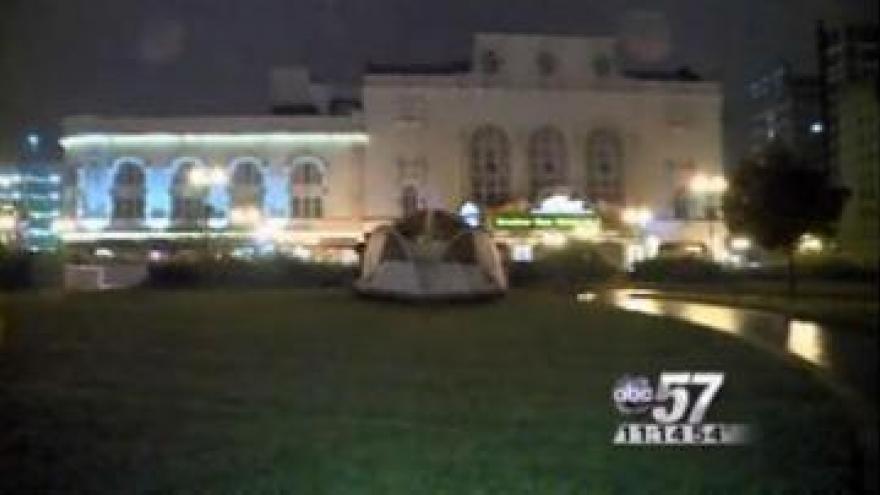 SOUTH BEND, Ind. -- South Bend's Common Council is demanding that the city's administration announce their position about 'Occupy South Bend' protestors and what to do about them!

At Monday's City Council meeting, members heard concerns about the protestors inhabiting the area around the Jon Hunt Plaza in front of the Morris Performing Arts Center.

Several downtown businesses have complained about "occupiers" asking for, and in some cases demanding, free food and access to their restrooms.

On Wednesday, a letter was hand-delivered to Mayor Luecke and City Attorney Leone asking them to update the City Council on these situations as soon as possible.

The City Council reports that tents, plastic storage tubs, heaters, folding chairs, and sleeping bags are just some of the items which have been seen around the downtown plaza since mid-October.

On Tuesday, a judge in New York City ruled that there is a Constitutional right to Freedom of Speech and Peaceful Assembly; but not the right to erect tents and maintain camping equipment in a public place. [Matter of Walter v. City of New York, Index No. 112957/2011]

They say that this practice raises many public safety and health concerns, along with interfering with the use of public facilities by other citizens.

The City Council is asking the city's administration to make their position on this problem public, to "reduce the risk of confrontation."

Stay with ABC 57 on-air and online for more updates on this developing story.

(Source: This information was included in a press release, including court documents from the New York City case ruling, courtesy of the Common Council)