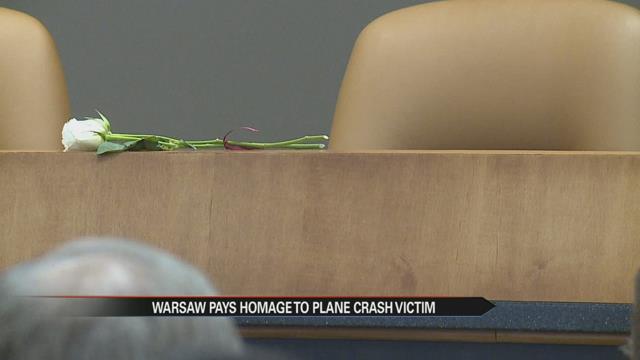 WARSAW, Ind. – It was an emotional night at the Warsaw City Council Meeting as Council Members and the public paid homage to Charles Smith.

Smith, his son, and two other passengers died in a plane crash over the weekend as they were heading for Clemson to watch the Notre Dame football game.

“My heart is broken,” says Lynne Christiansen, a Warsaw Council Member. “It’s just going to leave a big void in our community.”

Even though it’s hard to wrap their heads around this unexpected tragedy, they carry on strongly because that’s the way Smith would have wanted it.

“You just have to say, ‘Wow, what a great ride I had with Charlie,’ and he’s gone but I’m going to remember!” says Mike Valentine, city attorney and friend of Smith’s.