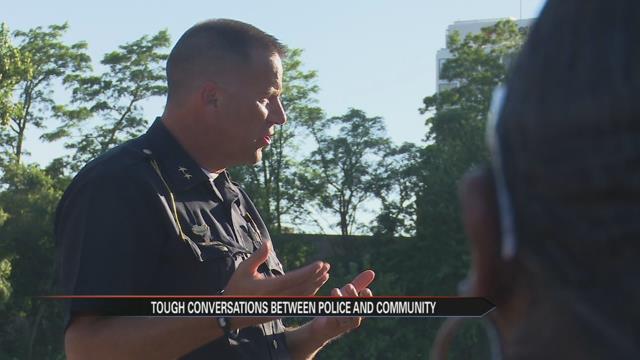 Residents of South Bend united with city officials in order to have tough conversations following days of national tragedies.

The mayor’s office, police and common council met with residents at Seitz Park Friday evening to work toward making the community feel safer.

“Get involved and even more work harder than we have before because there’s so much at stake,” said resident Linda Wolfson.

Many got involved by asking tough voicing concerns to those at the top.

“What can we as a community do to increase the accountability factor?” said Wolfson.

Accountability was a word on these folks minds the past few days.

But it’s more than just a word to this mayor.

“I think there’s a lot of good work going on but no single policy is going to fix this,” said Mayor Pete Buttigieg. “This has to do with some deep, deep issues in our society.”

Issues the city tries to stay away from.

A message folks attending the event agreed with.

“Any support, I believe is support, prayer, coming together and touching one another, we make a difference,” said resident Deborah Givens.