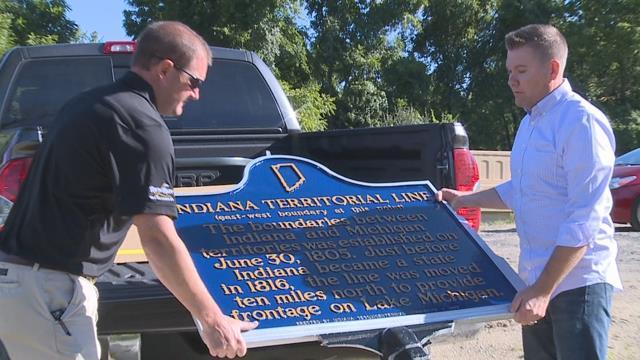 A city icon is making a comeback in South Bend after it was accidentally removed during the construction of the Main Street and Johnson Road bridge.

The Indiana Department of Transportation is working with the city’s Historic Preservation Commission to recreate the sign that marked the old state line between Michigan and Indiana.

Contractors from Reith Riley found the sign and paid to have it restored.

"When Rob called a couple of weeks ago he said we have the marker.  Of course my first question was, 'Where's the marker been this whole time?'  He said it was in a building that was actually burned in a fire and they had taken it to a local paint shop.  Bob Galloway lives really close to here and he was able to fully restore the sign." said Elicia Feasel, Executive Director of Historic Preservation Commission.

The sign was resurrected this year to mark the Indiana Bicentennial.