City mayors weigh in on proposed food and beverage tax 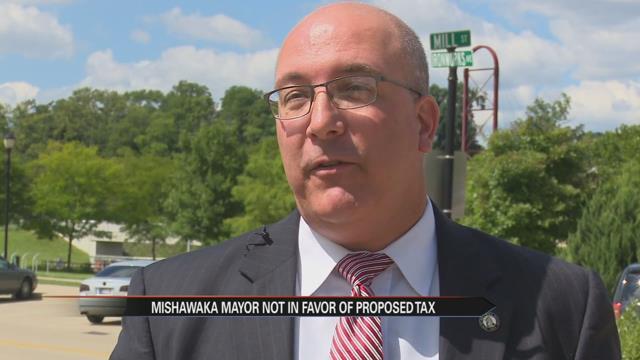 The hot topic this week has been the fate of a proposed food and beverage tax in St. Joseph County.

Wednesday, a joint board said it likely would not move forward without hearing from the mayors of South Bend and Mishawaka.

Friday, those city leaders weighed in.

“We’re coming into what we’re calling our fiscal cliff coming into 2019 so we have some critical needs that we have to address,” said Mishawaka Mayor Dave Wood.

Asking taxpayers for more money is a tough sell in Mishawaka.

But higher ups do see the benefits in more revenue.

“It’ll certainly be helpful to the zoo, i think that’s why it’s being pursued by the zoo folks, I’m sure that’s why they’re going around trying to raise interest in there,” said Mayor Wood.

Wednesday, supporters of the zoo attended the last informational session, pushing the impact this tax could have on its future.

But the joint council made it clear that this wasn’t a zoo tax and each council won’t make a decision without hearing from the mayors.

“Well at this time I am not in favor of a zoo tax,” said Mayor Wood.

South Bend Mayor Pete Buttigieg, however, was open to the idea.

He said in a statement:

“I would like to thank Council Presidents Scott, Morton and Banicki for working together to explore this idea that was originally proposed by the zoo. Improving our quality of life through regional attractions, public art, and enhanced public spaces is a necessity if we want to remain competitive economically. While our first preference is to do so with existing funding streams whenever possible, we need to keep an open mind about revenue opportunities as we continue this conversation on how best to fund great places in our community.”