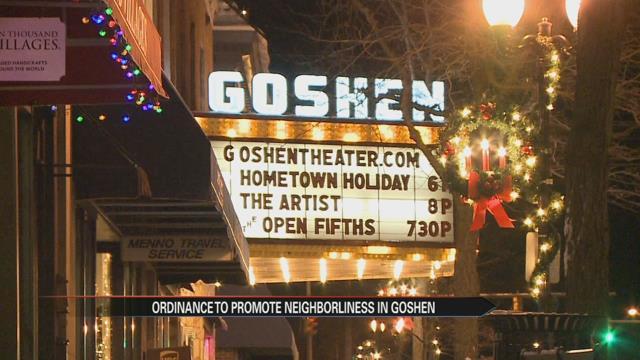 An ordinance promoting neighborliness was up for discussion at a packed Goshen City Council meeting Tuesday.

For residents in Goshen, the timing was crucial.

Residents, visibly emotional, expressed their opinion on a resolution that is meant to promote equality in the Maple City.

At the meeting Tuesday, one by one, community members stepped to the microphone, expressing the need for hope, togetherness and peace

After a locked first round vote, the council passed the resolution, unanimously, only adding to the title.

Following the passage of the resolution, Mayor Jeremey Stustsman spoke with ABC 57 News

“I’m glad we were able to get this done. I’m happy for the council members who worked to make this happen and the people of Goshen,” said Stustsman.