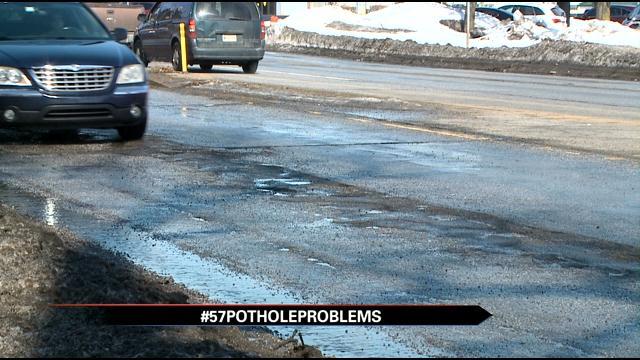 As the snow starts to clear under these warmer temperatures, you can expect to see more potholes on the roads.

But not for long according to the Street Bureau in South Bend.

Both INDOT and the city's street team were out to patch the roads.

Alongside State Road 23 there were huge holes both north and south bound.

The street near Perley Primary Fine Arts Academy had cones in place by INDOT to warn cars before they started paving.

Under the city's jurisdiction, several streets were patched based on reports they received from residents.

While the city has routes they plan to follow every year when dealing with potholes, they say tips from drivers are always helpful.

“Although we're trying to be proactive and hit all the streets we have 2200 lanes, miles and streets in the city so it's incumbent upon folks that are out there that are seeing condition to let us know,” said Eric Horvath, Director of Public Works. “Don't hesitate to call 311 or use the app.”

And the app, South Bend 311, is available in the Android Play store and iTunes store.

But keep in mind the city has certain limits on where it can and can't pave.

For example on State Road 23, INDOT would be the service you should call.