Citys district lines must be redrawn 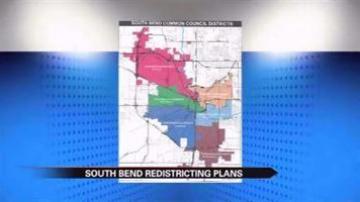 SOUTH BEND, Ind. -- South Bend’s district lines must be redrawn because it has lost an estimated 6-percent of its population over the past ten years and the population is no longer evenly distributed among the current districts.

In 2002, when the last redistricting was done, there was less than one percent difference in the number of people living in each district.

That is no longer the case and changes to the boundaries could mean voters will be represented by different council members.

In order to ensure each council member represents an even distribution of constituents, the lines will have to be redrawn.

Karl King, a District 4 resident, will head up a five person advisory committee that will make recommendations to the council on where to redraw district borders.

King has been a council member and worked on the previous redistricting plan.

Karen White, an at large member of the common council and resident of District 5, will also be on the five person committee.

The committee is scheduled to meet for the first time Thursday evening.

They will then have less than a week to make their recommendations so that a draft ordinance can be filed.

The first reading of the new district plan is set tentatively for November 26th with a final reading and vote two weeks later on December 10th.