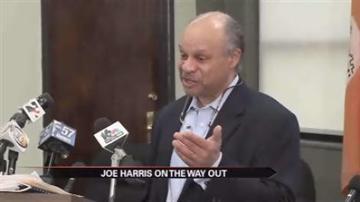 Later this month, he'll turn over his position to the state appointed replacement.

In the press conference, he called the experience bittersweet.

He acknowledged his mistakes in not working with the city commissioners and ultimately agreed that it was his downfall.

But he says a lot of good came out of his tenure. He pointed to improvements in the city's parks, updates on technology for city hall and many other departments.

He says the new manager has his work cut out for him though, because there's still an almost $2 million shortfall in the city's budget.

Simply put he says the city just doesn't have the money and will have to agree to some sort of tax increase.

Harris will stick around for another month to help ease the transition over to his 27-year-old replacement.

After that, he says he has a few job offers.

He didn't rule out maybe becoming a manager of another town elsewhere.