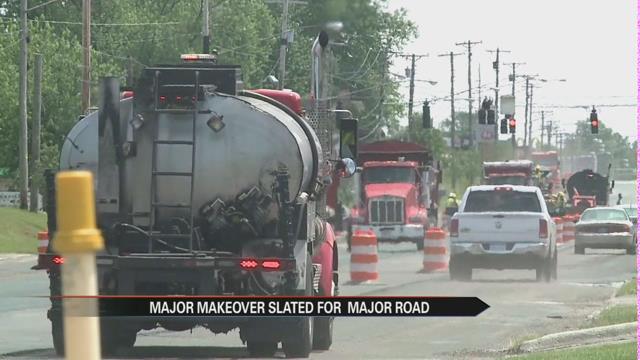 It's a part of the Smart Streets Initiative aimed at making some roads on the city's west side more efficient.

Once construction is complete, drivers can expect fewer lanes to be the new norm for the road.

“Slowing the traffic down and providing on street parking spaces which have a very direct impact on business development, will really lead to significant change along Lincolnway over the years,” said Jitin Kain, city director of planning.

The city of South Bend is continuing its efforts in slowing down traffic on Lincolnway West.

Monday, the city started breaking ground to limit the amount of drivers at once.

“New striping will be added to change the lane configuration from four lanes to three lanes, two travel lanes and a center turn lane as well as on street parking,” said Kain.

The city says this plan falls in line with the Smart Streets Initiative. Instead of drivers seeing the road as just a way to and from the airport, the city wants to make it an area that can help businesses thrive.

“Most people don't feel as safe stopping at some of the places along Lincolnway because you have very fast moving traffic,” said Kain.

While the speed limit won't be changed, the city hopes this initiative will make it more difficult for drivers to go over it.

“When you slow the traffic down a little bit, keep it steady throughout the corridor it allows for people to see the businesses that are there and allows for more business development activity,” said Kain.

The city says construction will be completed by late June.

Other streets around the city will see major changes as well, including roundabouts and added speeding signals by the spring of next year.