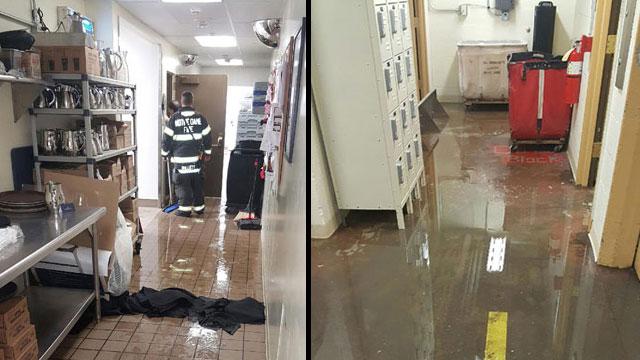 Rohr's and Sorin's Restaurant at the Morris Inn were closed Tuesday while workers cleaned up a water leak due to a frozen pipe.

The Notre Dame Fire Department was called to the Morris Inn at 12:19 p.m. because of the water flow.

According to the university spokesman a pipe froze and after it thawed, released water in a stairwell between the kitchen and Rohr's bar and grill.

Both Rohr's and Sorin's were closed Tuesday but are expected to reopen Wednesday.

The university says there was no long-term or extensive damage to the hotel or restaurants.