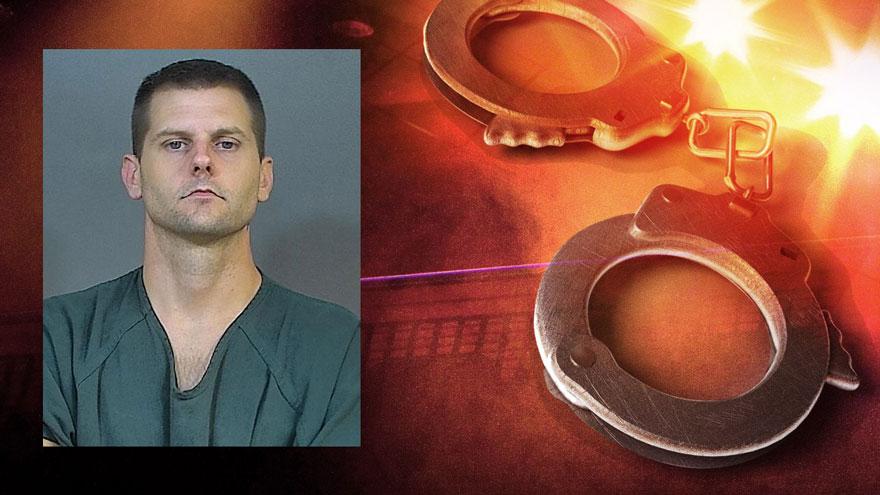 MISHAWAKA, Ind. -- A clerk at a local store found a customer's gift card message so odd, he took a photo. That photo was used to help identify the man, who allegedly used a stolen credit card, according to court records.

Russell Anthony Pullman, 36, has been charged with one count of fraud.

On July 10, a man and his daughter filed a report with Mishawaka Police about the theft of items from their home, including credit cards.

The female victim told police her Mastercard had been used 13 times between July 10 and 11.

The detective investigating learned the card was used at Footlocker and Champs at the University Park Mall and obtained surveillance video from both stores.

The detective also spoke with one of the clerks at Champs. The clerk recalled the person who used the card because he wrote out a gift card with an unusual message, reports said.

Because the clerk thought the message was notable, he took a photo on his cell phone of the person writing the note, according to police.

Investigators showed a photo of the man taken by the clerk to the victims. They did not recognize the man.

Mishawaka Police posted the clerk's photos of the suspect on their Facebook page to see if someone recognized him.

Pullman allegedly contacted police on July 19 and said he used the card because someone owed him money and gave him the card to use.

Pullman was arrested August 16. He was scheduled to be arraigned on August 20.