The past couple of weeks, here in Michiana, have been grey and gloomy due to the lack of sunshine. The cloud cover that we have been dealing with does have a big impact on temperatures during the morning and afternoon hours. You have probably noticed our mornings have been somewhat mild, while the afternoons seem more chilly. Why is this?

Cloud cover during the morning hours act like a blanket you would snuggle up in on the couch or bed. When you first crawl under the covers you are cold, but you soon notice that you rapidly warm. This is because the blanket traps your body's heat in between it and the surface of the bed or couch. Just like the blanket, cloud cover does the same thing. The earth's surface produces heat, which is then trapped under the cloud layer and the ground. This keeps temperatures on the mild side during the morning hours. 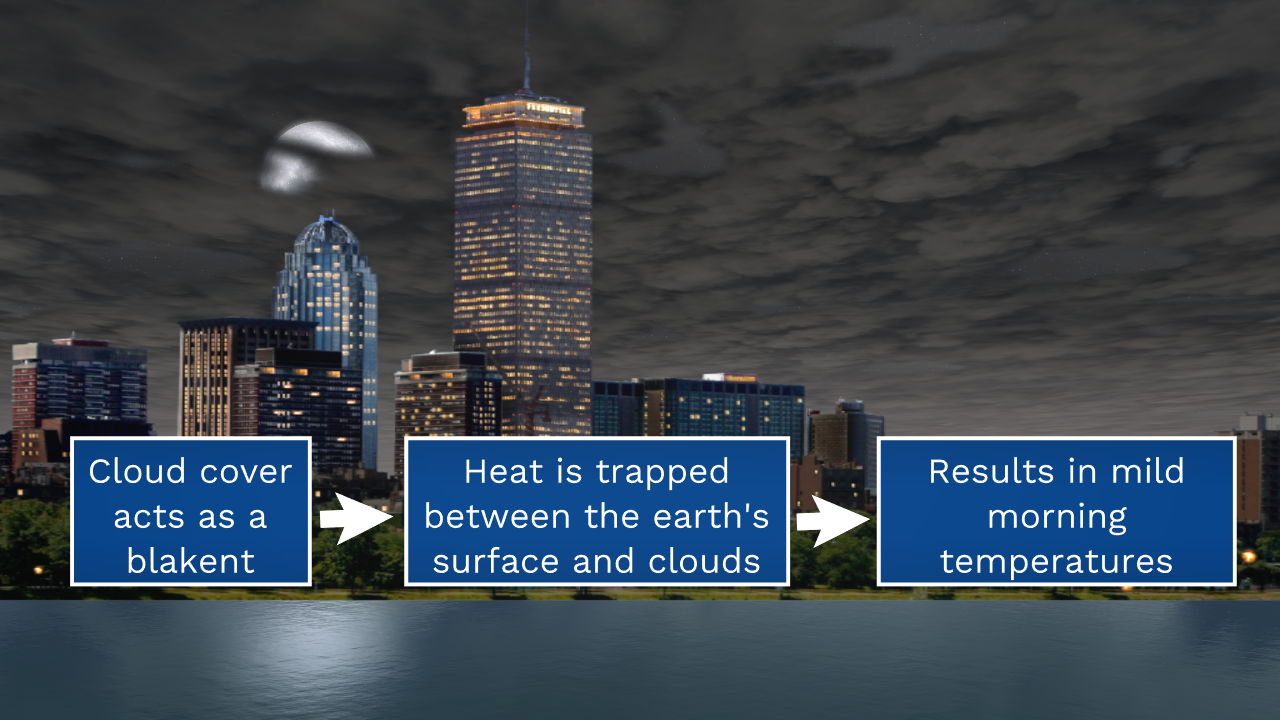 During the afternoon, cloud cover does the opposite. Cloud cover, in this sense, could be compared to a shade tree you sit under to escape the heat of the summer sun. The tree's lush canopy blocks the sun's radiation from reaching your spot on the ground. Just like the tree's canopy, cloud cover blocks some of the sun's radiation from reaching the lower parts of the atmosphere. This in return keeps temperatures relatively cooler during the afternoon hours. 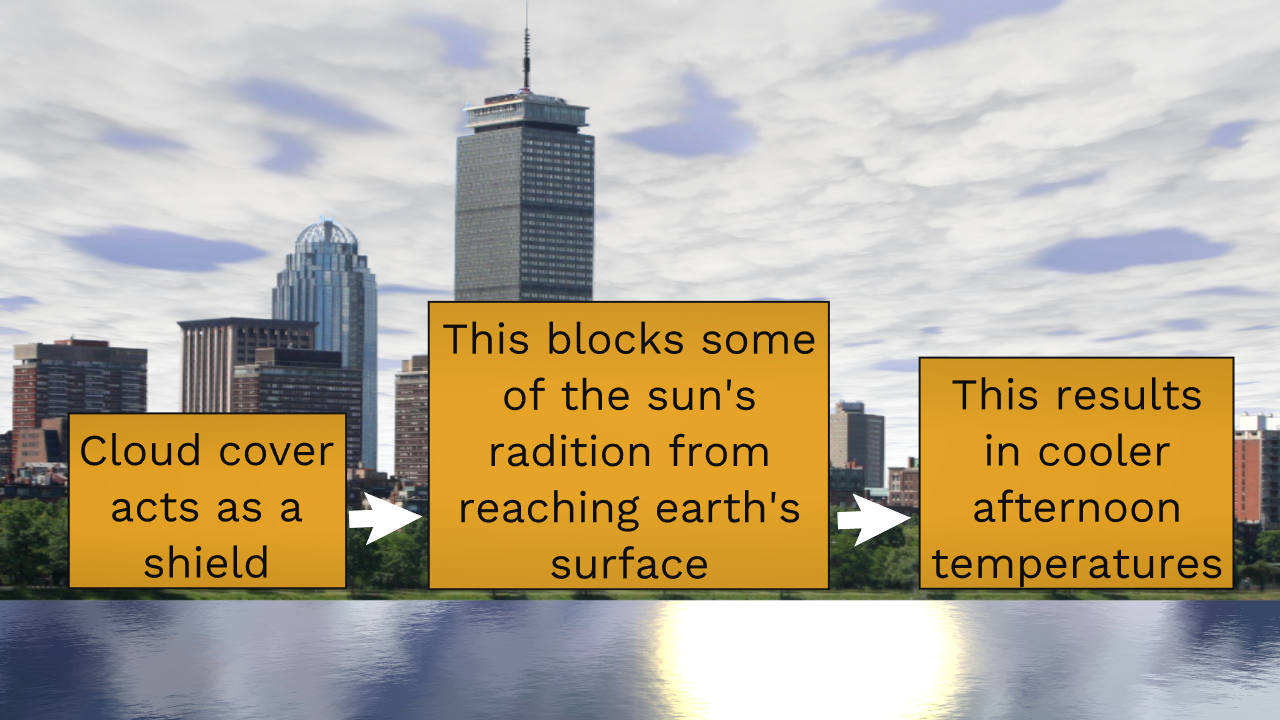