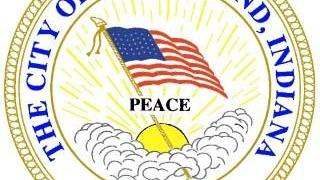 His voice was strong his mission clear, "Release the tapes."

Brown declined to answer how many people are in the Coalition of Concerned Citizens, but said every person living in the city of South Bend should be concerned about what is happening right now.

Brown has lived in South Bend for more than 50 years, 20 of them he has spent in the Coalition that he is now the president of.

Brown said he wont rest until the tapes are made public.

The Mayor made it clear Friday in a written statement that he has no intentions of releasing the tapes. He even went as far as to say it was against the law for him to do so. But Brown said he isn't buying it.

"There is something he don't want out. Release the tapes and it can easily go away."

Brown said he and his supporters will be at each public event that the Mayor holds from this point forward with T-shirts that read, "release the tapes."

Those that are interested in more information about the coalition and its efforts can call 574-323-5771.