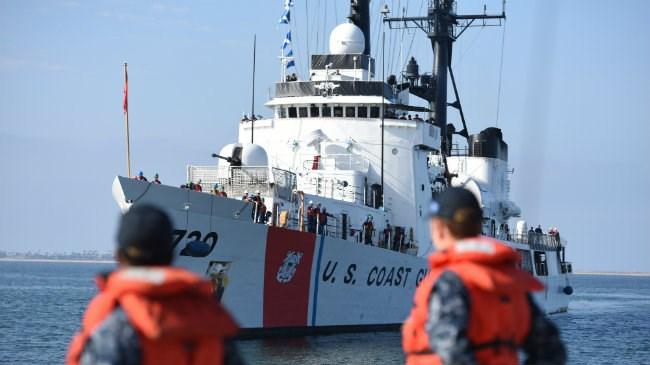 (CNN) -- The U.S. Coast Guard has suspended its search for a group of 17 migrants missing after their boat capsized off the Florida coast.

The migrants were among 23 aboard a "rustic vessel" that capsized one day after it left Cuba on September 20, the Coast Guard said in a statement.

Three survivors who were rescued on an island near Big Pine Key were taken into custody by U.S. Customs and Border Protection officers, the statement said. All three were men.

Three bodies belonging to the group were found Saturday drifting off the Florida Keys, authorities reported.

This incident is an "unfortunate reminder that the sea can be unforgiving for those who are ill prepared on illegal and unsafe voyages," said Coast Guard Capt. Mark Morgan.

The Florida Fish and Wildlife Conservation Commission assisted in the search.

Cuban migrants who have reached dry land in the past have benefited from U.S. immigration policy that allows them to apply for legal status.

The Cuban Adjustment Act, passed in 1966, gives any Cuban who sets foot in the United States permission to enter. After a year and a day in the country, they're eligible to apply for a green card.