College janitor suspended after arrest for possession of child pornography 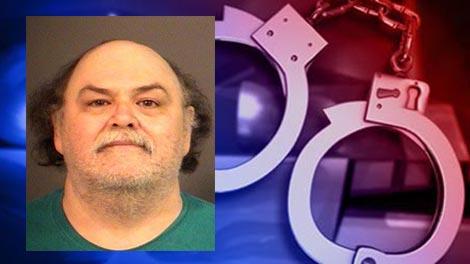 A janitor at Saint Mary's College has been arrested for allegedly downloading child pornography. He has been suspended from his position with the college pending the outcome of their investigation.

Luis Morales, 60, has been charged with two counts of child exploitation and seven counts of possession of child pornography, according to the St. Joseph County Prosecutor's Office,

A search warrant at Morales' home led to the discovery of several flash drives and SD memory cards with over 100 gigabytes of files, in excess of 100,000 files.

“I’ve been working these crimes for about seven, eight years now and this is one of the largest collections for an offender that I’ve seen,” said investigator Mitch Kaiser.

The prosecutor's office says Morales only used the college's wi-fi in order to view and download some of the images. They say no students, faculty or staff at the college appear to be harmed or exploited.

The prosecutor's office says the college was vital to the investigation.

“We certainly had a break on identifying him because of the work that Saint Mary's had done. There was no indication whatsoever that his crime had anything to do with the college except that he used their wi-fi," said Ken Cotter, St Joseph County Prosecutor.

The college has suspended Morales without pay and he is not allowed on campus.

The college sent an email out to students, faculty and staff about the arrest:

I would like to make you aware of the recent arrest of a suspended Saint Mary’s College employee, which will likely be the subject of upcoming local news stories. We want to provide you with accurate information. Building services employee Luis Morales was taken into police custody at his home yesterday for allegedly downloading and distributing child pornography from his personal computer. The St. Joseph County Police Department Cybercrimes Unit attributed the criminal activity to a single IP address on our campus. Police would later determine that Morales used the College’s wireless network during his overnight shift when he was scheduled to clean the library.

Once contacted by police, the College acted quickly to assist them in identifying the responsible person. Immediate action by Chief Information Officer Michael Boehm and Director of Network and System Administration Tim Calderone pointed to Morales as the suspect. There is no indication that students, faculty or staff were in danger or harmed in this criminal activity. The only connection to the College was Morales’s inappropriate use of the Internet.

The charges against Morales are very troubling. Such activity is heinous and deplorable and will not be tolerated by this administration. The College suspended Morales without pay pending the outcome of our own investigation. He has also been informed that he is not to come to campus.

I ask you to be vigilant and if you ever notice something that does not look or feel right, please contact Campus Security (284-5000), Residence Life (284-4522), or a Resident Advisor.