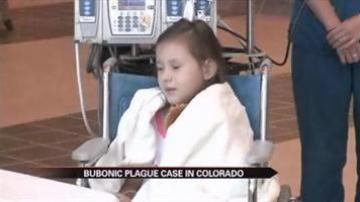 A seven-year-old in Colorado has just been diagnosed with a disease that is almost unheard of in this century.

It is believed the girl contracted the bubonic plague when she came in contact with a squirrel that was half eaten by another animal.

She has been moved out of intensive care and is recovering.

This is the first confirmed case of the plague in humans in Colorado since 2006.

Federal health officials say an average of seven cases bubonic plague are reported in the United States each year.