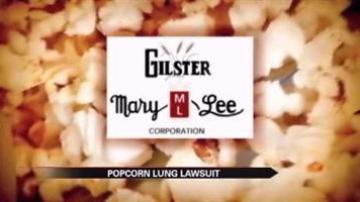 COLORADO -- A Colorado man who ate a couple of  bags of microwave popcorn a day is now several million dollars richer.

Wayne Watson said no one ever told him that it could be hazardous to his health. The artificial flavoring, dicetyl, that gives popcorn its buttery taste could leave him with only 50 percent lung capacity.

He sued the popcorn maker and the supermarket that sold it.

"They thought that no consumer would be exposed to enough of it make a difference," Watson said. "Well, they rolled the dice and they lost."

The man earned $7.2 million for his rare disease.

And the popcorn maker,  Glister-May Lee says it is provided "safe, quality microwave popcorn to consumers for two decades."