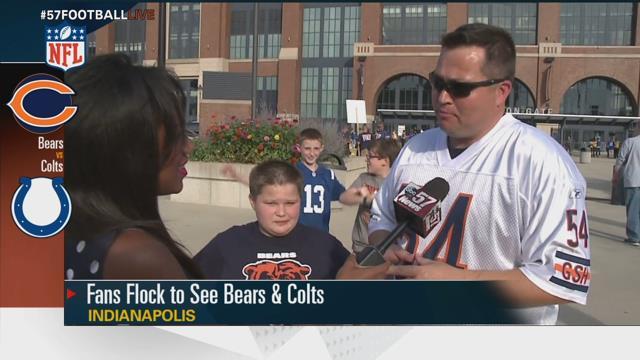 Despite the loss, Colts fans say Saturday's game was a good one.

Thousands of Bears and Colts streamed into Lucas Oil Stadium Saturday night - but many spent the day tailgating.

Some tailgaters from Michiana played a game of Cornhole while other fans hit the bars or gathered for other fun activities happening around the stadium.

Bears fans are looking for a comeback in Quarterback Jay Cutler and fans on both sides were looking forward to seeing one player in particular.

“I’m actually excited to see Andrew Luck in person. This time of year we can get to spend time with our family and friends. And we get to see the Bears and the Colts which is a great thing,” said Dave Sult of South Bend.

The Bears take this one with a final score of 23 to 11, and each team has two more preseason games before the regular season starts.