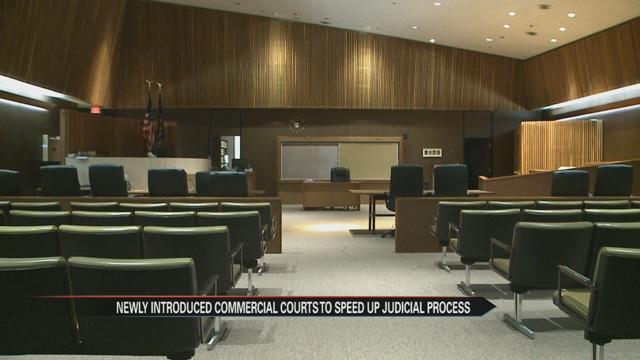 Settling disagreements in court can be a lengthy process but now the Indiana Supreme Court has a plan to speed up that process with a new specialized court system called Commercial Courts.

This court system started in the early 1990's and is in place in 22 different states, including Michigan. Now Indiana is getting on board.

“Indiana is typically not the first to innovate and it’s rarely the last to come aboard. We tend to take a wait and see attitude,” said Stephen Bowers, Judge for Elkhart County Superior Court Two.

Six Commercial Courts will be established throughout the state including Elkhart, Allen, Floyd, Lake, Marion, and Vanderburgh counties. These six counties are part of a pilot project for business related cases. Parties have to agree to have their cases resolved in this new court system. The pilot project is authorized by the Indiana Supreme Court.

These courts will have a specialized docket to deal with business dispute cases. “We’re primarily going to be looking at major disputes between businesses or between businesses and groups of customers. We’re not talking about someone’s collection case, it’s not whether you paid you Visa bill, or whether you owe money to your landlord,” Bowers added.

The goal of these courts is to speed up the court case process by taking business and commercial type cases and grouping them together.

“What we hope to accomplish more than anything is to have more efficient disposition. There’s not a great deal of specialization but we all know that we tend to do better at things we do on a regular basis, he added.

“Commercial courts are valuable because they allow for judges to hear specific, complex commercial litigation in a specialized docket," said Kathryn Dolan who is the Chief Public Information Officer for the Indiana Supreme Court.

Bowers said other states have seen success with these courts. “The success I’m  talking about is the ability to handle more complex business and commercial cases in an efficient way.”