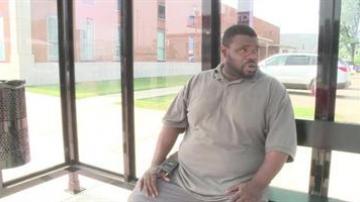 BERRIEN COUNTY, Mich. -- The four public transit bus systems in Berrien County could soon be consolidated into one system.

The Southwest Michigan Planning Commission said it is a challenge for riders to have four transit providers in one county.

They hope by next year it will be consolidated.

It is a 40 minute wait he has become used to, but he said he is getting tired of the bus system slowing down his day.

Slow service is one of the many reasons John Egelhaaf, Executive Director for the Southwest Michigan Planning Commission, wants change.

Right now there are four bus systems that run throughout the county. The separate buses don’t always connect to one another, some only run a few times a day, and each bus system has its own fare structure.

“If you have one provider, the service would be consistent across wherever you’re going to,” said Egelhaaf.

Joanne Johnson with the Disability Network of Southwest Michigan said a single bus system would improve the quality of life for riders who depend on its service.

The bus system would still provide service to all areas it currently does and would also cover areas that aren’t serviced right now.

The cost to ride would be the same on each bus.

The hope is that buses would come more frequently.

“Transit doesn’t have to be about the last best option. It can be one of the options that can be considered much higher up the chain,” Egelhaaf said.

The recommendation to consolidate will now go to the Berrien County Board of Commissioners. If approved, the planning commission hopes to consolidate by next year.