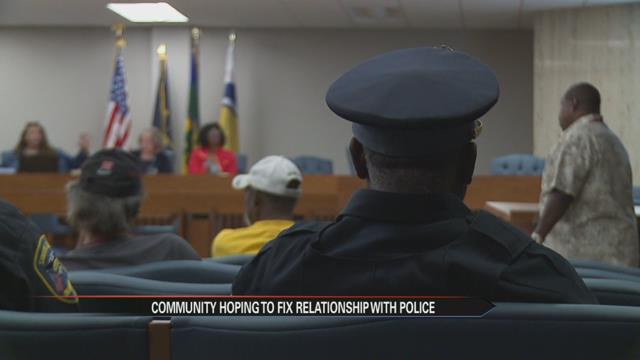 “We have a problem with the police department here, just like they had in Charlotte. Right now in Charlotte, because of the fact that they didn’t resolve that problem, it’s blowing up and the same thing is going to happen here in South Bend,” said resident David Frank.

With growing calls for justice for the Franklin family and recent rallies and debates hosted by various community groups, this was the first forum to discuss the issues led by the Common Council.

As the chair of the Community Relations Committee, Councilwoman Regina Williams-Preston, says she wants to build solutions alongside the community; recently appointing two citizen members who will focus on the specific issues.

“Nobody has the best idea alone. But, when we come together we’re going to come up with something neither group had ever thought of before and it’s going to be exactly what’s needed for the city,” said Williams- Preston.

Williams- Preston says she plans to hold Committee Meetings more regularly and will continue to focus on community police relations.