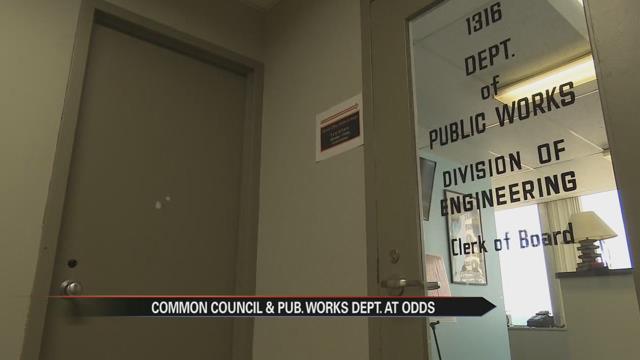 South Bend Public Works has been pushing for a hike in water rates in order to fund needed maintenance to old infrastructure for months.

But the city’s common council is hoping to give taxpayers a break.

Monday, the council decided to hold off on voting for the proposal in order to find other ways to funding for the department.

“One of the questions that we asked, ‘if you needed 5 million dollars a year why does all of it have to come from rates?’” said Councilman David Varner.

That was one of many questions for Public Works as the plan to move forward with a water rate hike came to a stop.

“Committee members wanted more time to look at this and consider the proposal we have in front of them,” said Eric Horvath, director of Public Works.

The proposal in front of them would be the first hike for the utility in over a decade.

For about a $5 increase to the average household’s monthly bill, the city would bring in almost $5 million that would go to needed maintenance.

“We’ve got water main that’s been in the ground since 1875, its well passed its useful life and it’s time that we start replacing some of these assets,” said Horvath.

The council on the other hand is nervous for taxpayers.

“I just don’t think we can roll over 40 percent increases,” said Varner.

“To the extent we can reduce that burden I think we have an obligation to pursue it,” said Varner.

So they’re holding off on a decision and looking at other ways to find funding.

“I just don’t know if we need to provide 5 million dollars all at once, which will of course once the rate is set it continues,” said Varner.