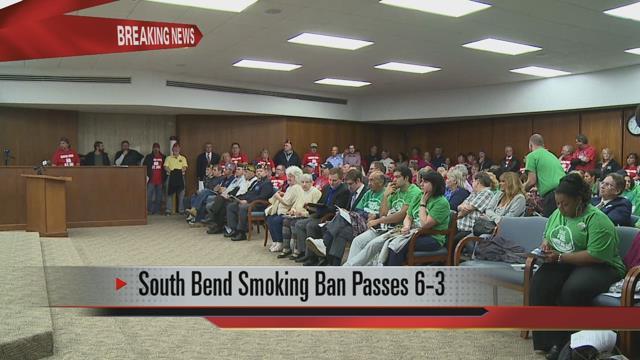 But bars and restaurant owners are pledging to fight it.

It was a tense meeting that lasted for hours.

But ultimately the council approved the bill with a 6 to 3 vote.

The council spent a half hour reflecting on the choice words from a very full audience.

He spoke in favor of the proposal calling it a move in the right direction and vowed to sign the bill when it passed.

Members of Smoke Free St. Joe agreed, saying this was a public health and safety issue.

But this bill divided the room.

Half the audience felt very different about the outcome of the meeting.

A few against the smoking ban yelled at council members as they exited the council chambers.

But Councilman Gavin Ferlic said he will work with businesses to make sure this transition is a smooth one.

The bill will take effect in January 2017.