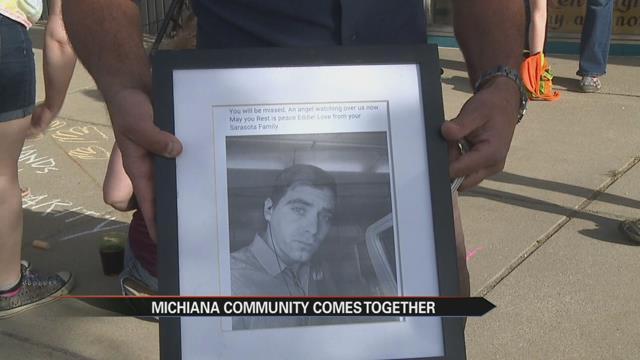 The LGBTQ Center in South Bend held a vigil on Sunday for the victims of the mass shooting in Orlando.

“Most of all we’re sad. We’re devastated. I wish I had a better more descriptive word than sad, but it’s just sad and it’s scary. We’re trying to just keep moving and do what we always do and continue to be a support for our community,” said Eli Williams, Executive Director of The LGBTQ Center.

South Bend resident Jeffrey Wiles attended the vigil to mourn the loss of his friend Edward Sotamayor, who was shot and killed in the attack.

“We’ve known each other since we were 17. He was an awesome guy. He would always go above and beyond to make sure everybody was having fun and would bring everyone together,” said Wiles.

Wiles says the two often went to the club Pulse.

“Pulse was an awesome place. We used to go there all the time on the weekends. You’re really doing it to unwind from a day at work and now there’s more stress added to it. It’s just a lot to take in,” said Wiles.

While many say it will take time to wrap their heads around the tragedy, Williams says it’s important the local LGBTQ community is there for each other.

For more information about the services and support at the LGBTQ Center, click here.