Community members voice concerns over future of parks in Elkhart 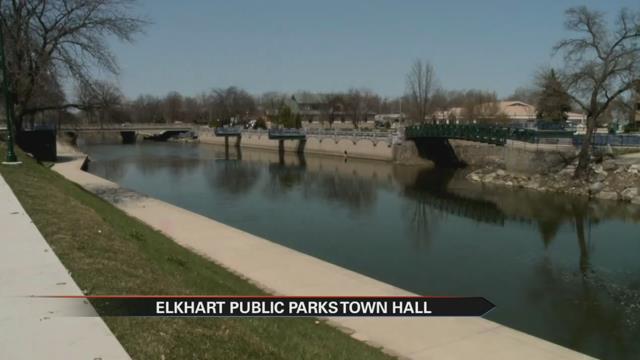 As the weather continues to improve, parks are on the minds of both leaders and community members in the City of Elkhart.

Both participated at a meeting at High Dive Park Tuesday night to discuss the future of Elkhart parks.

Although not part of his everyday job, preaching safer parks is important to Pastor Herman Washington - especially since his building - Full Gospel Fellowship - backs up to High Dive Park in Elkhart.

"We use it for extended activities; children are here tonight for Bible study," said Washington.

As part of a series of town meetings to get public input about Elkhart parks, the new superintendent of parks and recreation Clyde Riley, says these are important conversations to have about the future of the city.

"The parks are such an important part of our community, we wanted to give them an opportunity to give input and see what's important to them," said Riley.

For Pastor Washington, using the park at any point during the day is a big concern.

Elkhart Mayor Tim Neese was in attendance for tonight’s meeting.

As a leader in the community himself, Pastor Washington knows how important it is to have both the Mayor and Superintendent of Parks and Recreation reach out to the community for their input.

"We're starting to feel their desire. By opening themselves up to that, they'll find out what we think about the parks and every aspect of the community,” said Washington.

Mayor Neese said he's encouraged by the number of people in attendance tonight and said the concerns that were addressed, will be looked at immediately by Clyde Riley and his staff.