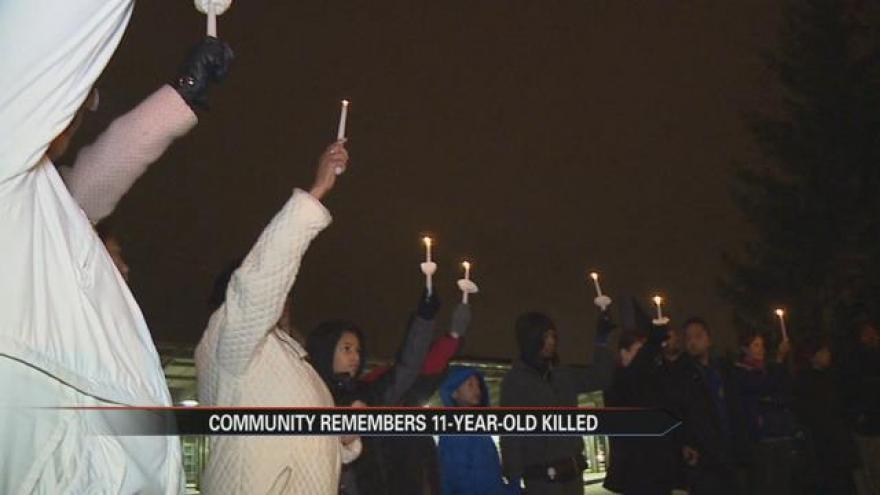 The community gathered Tuesday night to remember Tristian Moore and advocate for the traffic signals to be re-activated.

The group of over 100 people, including Tristian’s family, marched the crosswalks of the Michigan and South Streets intersection chanting “we want a light, we want a light!” Traffic was brought to a halt.

Tristian was killed Monday morning when he and his little brother were crossing Michigan Street to catch their bus to school at the Transpo station.

“If they fixed the streets, put lights on the streets this wouldn’t have happened. This isn’t his fault,” said Tristian’s sister Tandalaysha Moore.

A friend to Tristian’s family, Amber Morgan, organized the vigil.

“We wanted everyone to acknowledge that this is a problem and that it needs to be addressed and taken care of. This shouldn’t be something that’s put off for another 6 months. It needs to be taken care of today,” said Morgan.

The traffic signals at that intersection were deactivated at the suggestion of a consultant group for the city when they were making plans for Smart Streets construction.

He said because of community concerns about the Michigan and South Streets intersection prior to Monday’s accident, they were scheduled to be up and running next week.