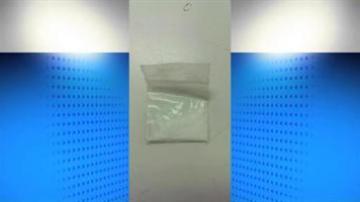 ARGOS, Ind. -- Heroin and methamphetamine are two drugs that are becoming a problem in Michiana. Last Friday, an employee at an Argos convenience store found meth in a candy box.

The employee at the convenience store said the meth was between packages of Big League chewing gum.

Police told a local radio station it was actually found on the floor.

But the employee said it was in a gum box on a shelf where anyone, even a kid, could grab it.

“It really upsets me because that could have been a child," said Clevenger.

It’s the reason why she created a Facebook page to fight drug use in her community.

“We’re seeing things happen in the community that we never thought was going to happen in Marshall County or in Plymouth,” Clevenger said.

“Our main mission is actually cleaning up our neighborhoods and letting people know what to look for in their neighborhoods,” Clevenger said.

Argos Police say they are happy to have her help.

The investigation into how the meth got mixed in with the candy has been turned over to the Indiana State Police.