ELKHART COUNTY, Ind.- Those living around the intersection of County Road 7 and County Road 26 in Elkhart County could be seeing a $100 million project built next year.

Core Civic, the company planning to own an ICE detention center in the county filed its request on Monday. Now, the only thing left to do is wait until the county commissioners get their hands on that request.

But homeowners near the potential building say they’re concerned because no one knows much about land usage. They’re asking for more communication.

Elkhart County Commissioner, Suzanne Weirick, says she plans on reviewing all concerns from the community. 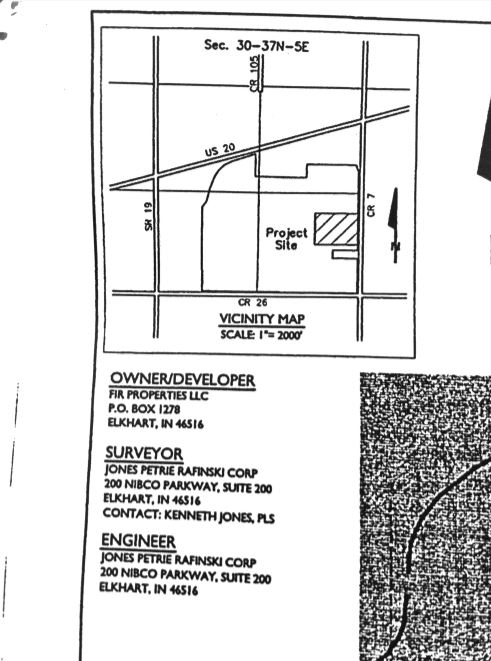 “I’m looking for logical comments for and against on both ends and I understand this is, just on the surface area , of a much larger social issue,” she says. “And to really determine if this is something good for Elkhart County, if it’s good for business in general and good for some jobs.”

Weirick says the community’s response to this potential ice detention center is hard to keep up with.

“I think I just cleared out over 400 emails alone from the last week then we have stacks of letters that have come in to the commissioner’s office.”

And she says she’s making mental note of all of them, “As I am reading the letters, I am cataloging them and saying these are some comments that were made.”

“I’m told it’s for convicted felons,” says Weirick. “As they’ve been through our due diligence process and they’re waiting for that next chapter in their life, whatever that may be.”

According to this application, this center will provide beds for male and female detainees. On average detainees will be held for about 40 days, either awaiting deportation or outcome of immigration status. 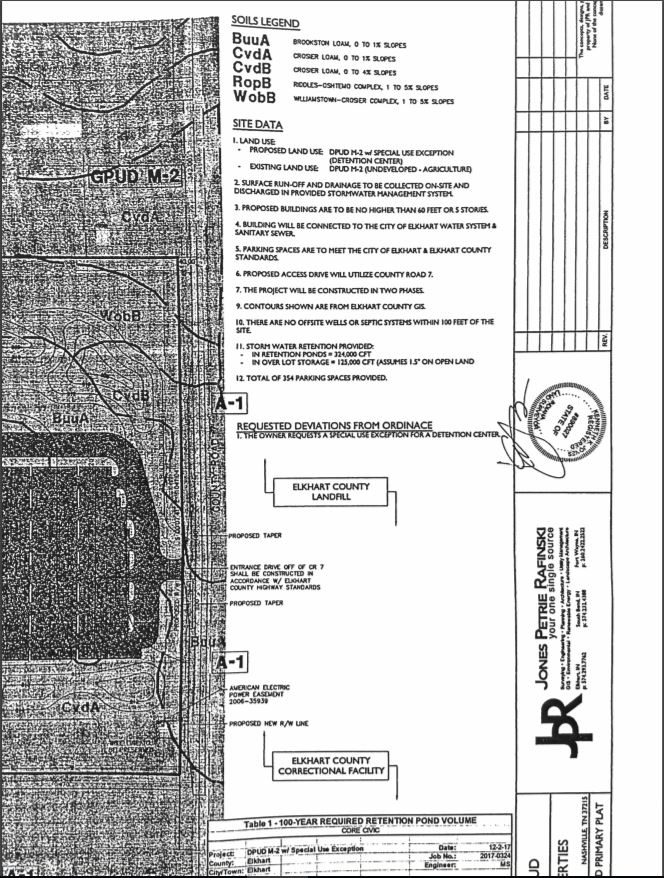 But Weirick says the commissioners’ review is still pending. “In January it’ll go through the plan commission they will review. If all the paperwork goes according to plan and according to schedule we should get the opportunity to review the request in February”

She adds there is always an opportunity for businesses to open up shop in Elkhart County and they can’t just say no to Core Civic.
“We cannot just put up road blocks and say no businesses are allowed here,” says Weirick. “At the same time we will make sure we review everything, and I will especially consider all information and comments.”

According to the application submitted by the company they plan to start construction immediately following approval from commissioners and negotiations with ICE.