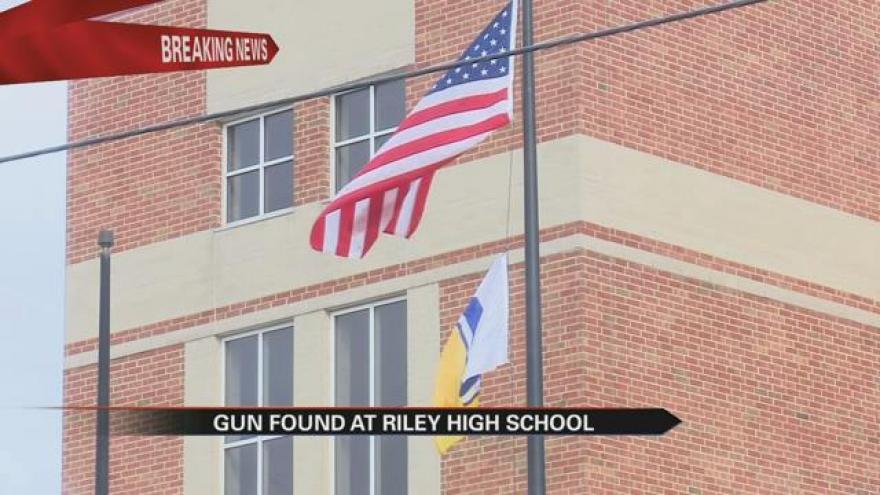 No one was harmed, and the district says those responsible are being held accountable.

Police cars surrounded Riley in the afternoon, as parents waited in the pickup line.

Parent Venus Graham realized what was happening when she got a call about the gun.

Graham’s children are doing fine, and so are the rest of the pupils and staff.

The district says a student told a teacher there was a gun in a restroom.

“I’m very relieved that they did catch the person because I don’t want any kids getting shot especially my kids or anyone else’s,” Graham said.

The students involved are facing disciplinary action, according to the district.

Police took the student who allegedly brought the gun into custody.

Senior Brian Rohde wasn’t involved, but heard about it as did his peers.

“Guns in schools are the most thing that frightens a lot of students,” Rohde said.

A statement from the district says in part:

“It is important to note that all school personnel took this very seriously and acted in a swift matter.”

“I think they did a good job, and they were very prompt in the situation when they got the tip that there was a gun here,” Graham said.

However, Graham says she wants it taken one step further, with expulsion of the culprit.

“I want my children to be able to have a good education without having to worry about having guns in school,” Graham said.

The district says the student who reported the weapon is being commended.