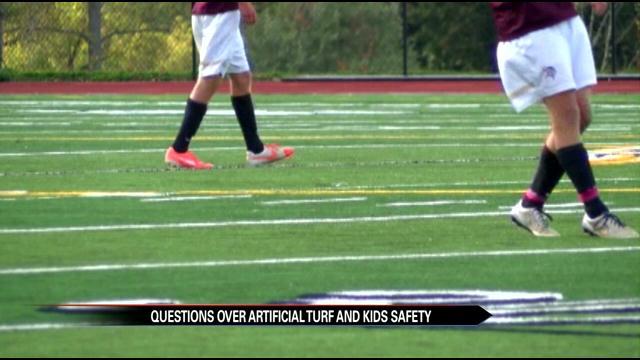 New research indicates children who play on artificial turf could be ingesting small particles of lead.

Some officials argue the turf is no less safe than real grass and government agencies continue to promote artificial fields.

The president of Empire State Consumer Project, Judy Braiman, ran one of the first tests on the crumb rubber in the country.

In 2007, she took samples from different school fields and all showed high levels of carcinogens.

The crumb rubber blankets every field with artificial turf-- the ground up tires are the cushion to the green carpet.

Parents see the mess these rubber pellets make but the impact it has on a player's health is still up for debate.

It costs about $1 million to replace an artificial field. When it comes to recycling that field, it's considered hazardous waste, which is why many ask why it's safe for kids to play on.