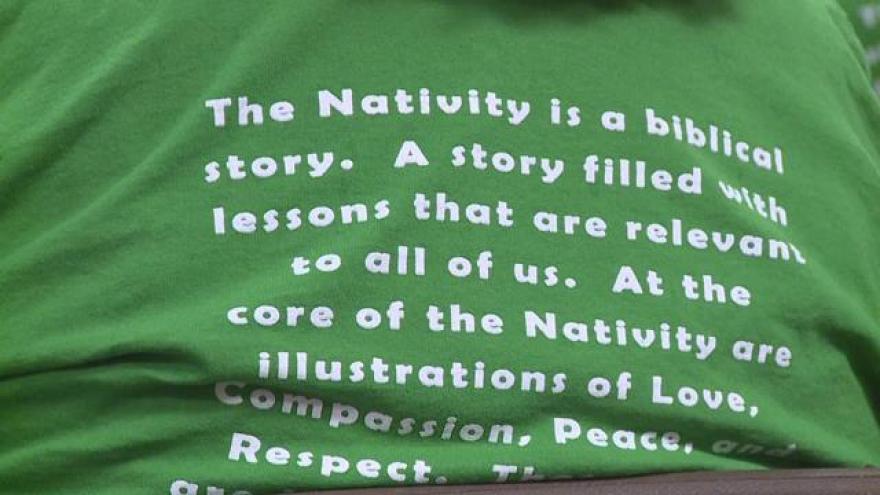 The Concord Community Schools say they aren’t backing down amidst threats of legal action.

The district was contacted in August by the Freedom From Religion Foundation, a national organization that works to separate church and state.

The FFRF requested that Concord Schools no longer include the nativity scene in their annual Christmas concert.

Many parents and teachers in the school district have taken a stand against the FFRF. They say they are fighting for tradition, but the FFRF says including religious themes in a school event isn’t about tradition, it’s unconstitutional.

At Monday’s board meeting Superintendent John Trout said the school also disagrees with the FFRF.

“The Concord Community Schools disagrees with the freedom from religion foundation’s assertion and demand that any school celebration occuring during the Christmas holiday season must be purely secular,” said Trout.

And that was exactly what most of the community wanted to hear.

Many residents also voiced their stance at the meeting.

"We ask you to keep the nativity in the Christmas Spectacular," Robin Redford, Concord Community Schools teacher.

"I just want to urge the school system to resist this attack. Stand up for what we believe is right,” said Stu Boswell, Concord Community Schools parent.

And although many are fighting to keep the nativity scene, one resident represented the other side.

Ryan Mullet delivered a statement from a Concord parent who agrees with the FFRF.

“The Christians in this community know they do not have a constitutional leg to stand on,” said Mullet.

The Constitution. That’s what Sam Grover, the man threatening litigation against the school says he’s fighting for.

“The constitution is designed to protect the underrepresented minorities from the tyranny of the majority. Those who are non-religious or practice a minority religion have equal rights to a public school that’s free from religious promotion,” said Grover.