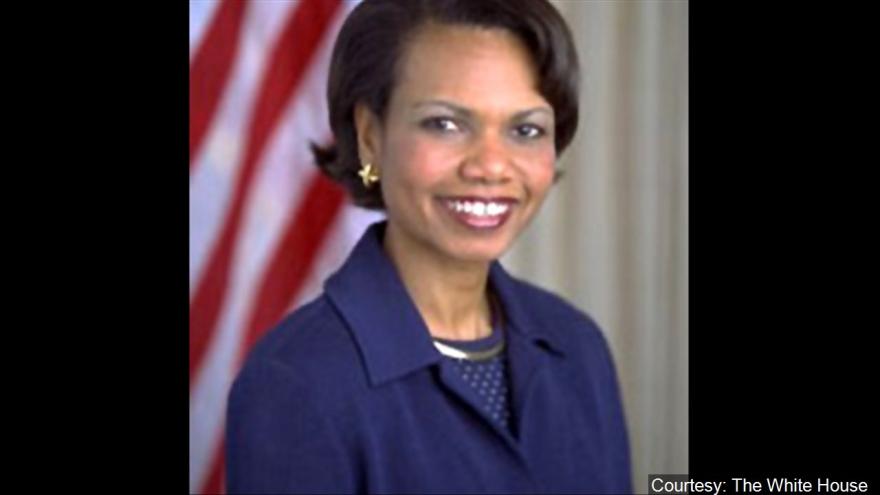 (CNN) -- Former Secretary of State Condoleezza Rice bemoaned the increasing gap between the elites and the poor on Sunday, arguing that many people in America "feel a prisoner of their class."

"We are a country divided," the Stanford University Professor told CNN's Fareed Zakaria on his show GPS.

"We are a country that has lost a sense of common purpose. We've lost the sense of common narrative, and no country can hold together without that -- but particularly one like the United States, in which we're not united by ethnicity or nationality or religion," she added.

Rice argued that what traditionally unites US citizens, regardless of social class, ethnicity or religion, is a singular aspiration: "You can come from humble circumstances and do great things."

However, Rice argued, for many Americans, "social class" has become the most limiting factor on the road to success, with an ever widening gap between rich and poor making the American Dream seem far out of reach.

"People feel a prisoner of their class," she said, adding that in previous decades, there was still a feeling that "you could always make it to the top, even if you started at a housing project, maybe you would be the CEO of a company one day."

Rice, who was born in segregation-era Birmingham, Alabama, argued that it was important to examine in detail what societal changes were needed for Americans to return to a mindset in which they could still feel like they could work their way to success.

The accessibility of "high quality education" was an important factor, she noted.

"When I can look at your zip code and I can tell you are going to get a good education, can I really say, 'It doesn't matter where you came from, it matters where you're going?'" she said.