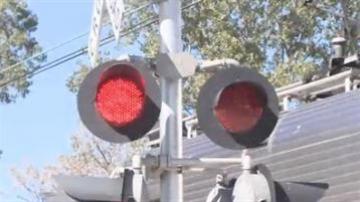 SOUTH BEND, Ind. -- It's a sight, and sound Samantha Werntz is still coming to grips with.

"My friend had called me and told me it happened, and I didn't believe it," said Wertz.

She was friends with Ryan Voreis.

Police said the train hit his SUV, killing him instantly.

"He was always laughing and always making jokes with everybody," said Werntz. "He was the one to lighten up the mood."

Werntz said Voreis was familiar with the Pine Road train crossing because he lived in the area.

She's confused how he could've collided with an oncoming train.

"He would've seen it," said Werntz. "I just don't know what happened."

Police said there was no indication of a crossing arm failure.

The crash site has two sets of train tracks; one has a gate to prevent cars from entering, and the other (South Shore Line) does not.

Werntz said the confusion surrounding these gates could've played a role in the crash.

"I just hope people take an extra two seconds, and look at their surroundings," said Werntz.

But right now, she's focused on remembering her friend.

"We were a big group of friends," said Werntz. "Tonight, we're all going to come together, and try to be there for each other."