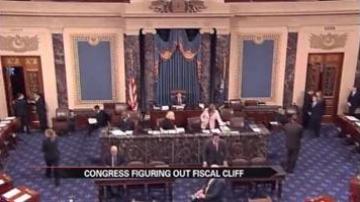 Monday, the U.S .Senate is taking a break before reconvening first thing Tuesday morning trying to solve this fiscal cliff.

Congress has just five weeks to figure out how to cut money from the budget so $650 billion worth of spending cuts and tax increases do not go into affect.

There are increasing signs Republicans may be willing to deal on the most controversial issue, taxes.