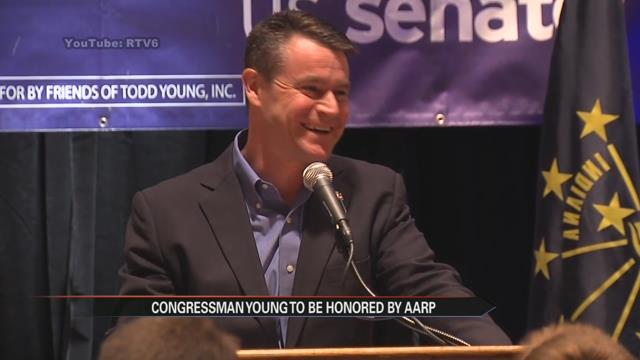 U.S. Rep Todd Young is being honored by the AARP for supporting legislation that benefits older Americans and their families. The nation will soon join states like Connecticut, Pennsylvania, New York, Maryland and Virginia who already have this law in effect.

The Notice Act, which was also signed into law by President Obama, requires hospitals to inform patients and their families if they are under observation, but haven’t been formally admitted.

Hospitals will be required provide written and oral notice, within 36 hours, to patients who are in observation or other outpatient status for more than 24 hours. The written notice must include why the patient was not admitted to the hospital and the financial implications of it.

Young has been named a 2016 champion of the 50 plus, because the legislation will away any surprises for patients when they receive a hospital bill.

"It all comes down to billing and how it's billed," said Sarah Waddle, the state director of AARP for Indiana.

"So if they're under observation status, it's under Medicare Part B, and so that could impose some high out-of-pocket costs for any testing and care preformed while they're in the hospital," Waddle said.

The legislation will go into effect starting October 1st.